This guide provides library resources on both foreign languages and literatures, in print and electronic forms. Focus is on languages taught at JSRCC, e.g., French, Spanish, German, and Arabic.

How to search for books 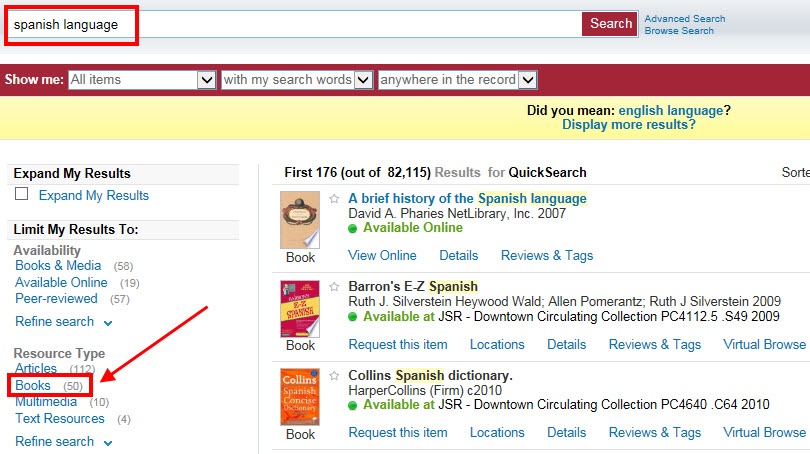 Oxford Reference includes access to a variety of bilingual dictionaries.

Books are arranged on the shelves using the Library of Congress (LC) classification system.

You can browse the shelves to find books on the following languages.

You can also browse the shelves to find books on various works of literature (in English translation).